Back With A Bang!

The Speedway World Champion charged back to form with a vengeance as Greg took second place and top-scored with 18 points in this weekend’s Czech Republic Grand Prix.

After a challenging couple of rounds GH and the team have spent hours practicing with new equipment and working on set-up’s, and it paid off handsomely with a brilliant performance in Prague that has breathed new life into his world title defence.

Greg got off to a flying start with five points from his opening two rides and booked his place in the semi-final’s a with a win in his third race, and after battling to second place in his fourth heat he looked on course to top the qualifying scores.

He did just that with a brilliant ride in Heat 17 to finish on 13 points and get first gate pick in Semi Final One.

Greg made the perfect start to win his semi and put himself into the Final but he was powerless to stop a supercharged start from Gate 4 from Jason Doyle.

Doyle got in front early on and despite getting closer with every lap, GH just couldn’t reel him in and he had to settle for second place on the night – but a huge 18 points. 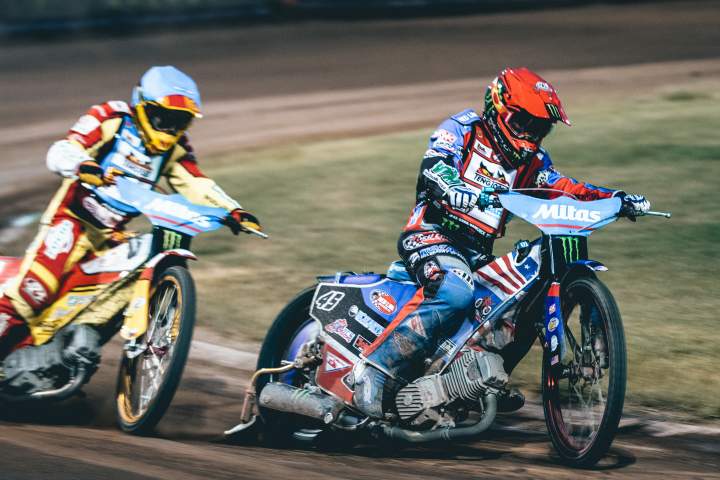 “It feels good to be back, it’s been a tough start but it feels like we are back where we belong now and we can build on it from here.

Everyone knows we’ve had some troubles with the equipment and we’ve worked so hard to try and get it right, the guys have been working non-stop to try and find something for me that works and straight away tonight I knew we’d found something.

We got off to a good start and that was huge for us, it makes a big difference when you can get points on the board early and I felt great on the bike, I was making starts and I knew that I always had a chance here if I could do that.

After the last two rounds I needed some big points and I can’t complain at 18 points, it was just what the doctor ordered really and now we can go to the next round with some confidence and see what we can do there.

Greg followed up his Prague performance by top-scoring for KS Torun as they lost away to Gorzow, notching 11+1.